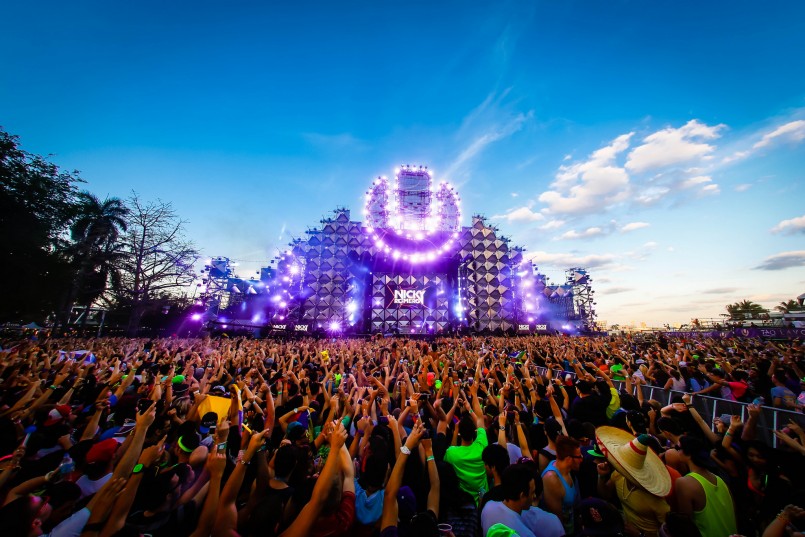 Theis the biggest EDM festival in the US with over 330.000 attendees. For nine hours each day Miami is treated to the crème de la crème in the EDM scene with international dj’s playing for three consecutive days in a sun swept park in the middle of town.

G-Productions was responsible for all live and recorded audio broadcasted from the three biggest stages on the , as well as providing audio for the live video registrations by NOMOBO.TV. This live video broadcast was the biggest music broadcast on YouTube in the history of mankind! ‘s live broadcast hit the 10 million views mark on Youtube over the weekend!

Three main area’s house over  50 DJ’s playing a total of 27 hours per day, and all of it had to be either recorded, broadcast or both. No easy feat. and suggested we would use Yamaha’s for live broadcasting. They threw in 2 of Yamaha’s latest mixers to sweeten the deal and history was about to be made. At the Ultra Music Festival, G-Productions built the biggest DANTE setup ever installed in the USA. You can Wikipedia that shit, it should be up there. We had more than 20 km’s of fibre running back and forth across the whole festival.

Producing audio for three different stages required us to use 174 in and out patches, all of which were connected to the DANTE setup. On the mainstage alone we had a total of 16 ambient microphones, to record the sounds from the crowd from various angles. Adding up to that were handheld microphones, DJ-lines and logistic/ lots of back-up lines totaling to over 74 audiofeeds on one mixer (which could hold only 64:-) so old school live patching is what we did.

When found out G-Productions was mixing audio they inertly wanted our feeds, since we haven been feeding them the show for many years now in impeccable quality. They were broadcasting our audio live each day with a free selection of feeds from all areas, enabling them to create a show to their liking.

You might want to check out the . It will give you an idea of the sheer size of it all. A great accomplishment by NOMOBO, G-Productions was happy to be a part of their team.

As always it was nice working with our Amercian friends again. Thanks Nomobo, VeR.and everybody involved for a great production. See you all next year, we will make the earth rumble!

A whole lot of: DANTE NETWORK FIBER SWITCHES
For directional sound .
our beloved NEUMANN 184’s
and of course the special G-Productions presets on the …

And we see places where teachers are making an effort and it’s just not working I www.order-essay-online.net/ think we have to challenge that status quo