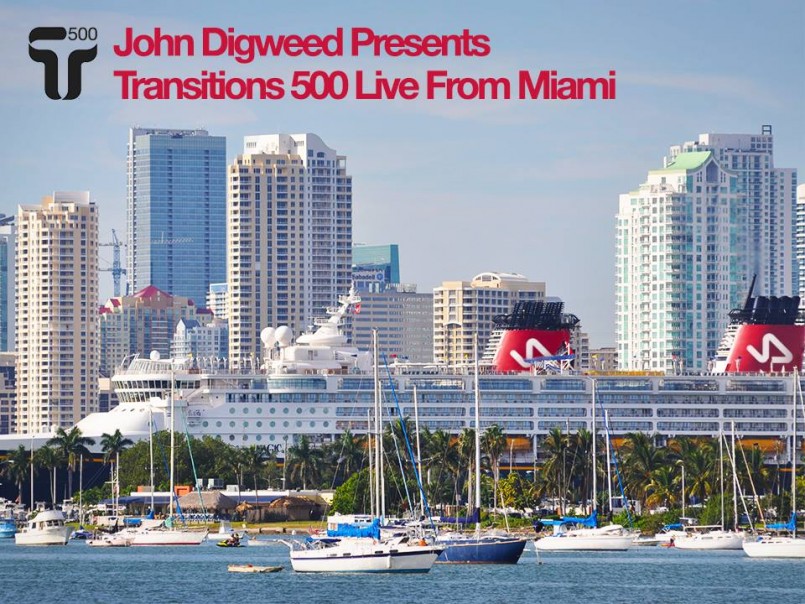 The Radio Department asked us if we were interested to facilitate Transitions 500,   LIVE FROM A BOAT.

While everybody in Miami is overflooded with poolparties, fistpump actions and random tomfoolery during the winter music conference, there is one party that stands out. A few years back John Digweed decided to throw a party on a boat sailing through Miami. It was called the ‘sunset cruise’ and was only for a select few.

2014 would mark the 13th edition of this event and because John Digweeds radio show was celebrating it’s 500th broadcast it seemed like a golden opportunity to combine the two and let the world in on the sounds off the SUNSET CRUISE . G-Productions was approached by of the Radio Department to produce all technical aspects of the show and broadcast this event live from The Lady Windridge yacht.

It was on a boat..!
Naturally there was no fibre to ensure a stable internet connection. Stable internet comes in handy when you do a live broadcast. Fortunately our friends from  had a magic box. It was about the size of a milk carton and was filled with roughly four million SIM-cards, which (if all lined up correctly) would be able to create a cellular thunderstorm of bits and bytes unheard of until then.  This milk carton sized box enabled us to broadcast high quality audio FROM A BOAT to over 12 million listeners in 60 countries worldwide. (If by any chance your cellphone reception in Miami was a bit sub-par between the hours of 4pm and 11pm, that was probably us). We love science!

We got in contact with John Digweed through the radio department’s , who we had worked for earlier on the . Gavin asked us if it would be possible to broadcast the 500th  Transitions show from a boat. G-Productions has a Lightweight studio that we are able to fit in a taxi-van if we squeezed a little, so the logistics part of it would be no problem. (The cabdrivers however always seem to disagree). For broadcasting from The Lady Windridge yacht The radio department chose  for the distribution online. This was the first time working with our new friends from MIXLR. After we established a stable internet connection to the Netherlands we fed the show to MIXLR and not before too long we had the show playing on every device known to man.

To manage a stable upload from our control room in the Netherlands we made sure that the G-Productions headquarters was connected to all of the fibreoptic rings in the Netherlands. Triple redundant so to say.  The only reason that this setup could fail was if the whole internet itself would break. Skynet would become self-aware and the machines would take over, but EVEN THEN the terminators would have a great soundtrack provided by John Digweed… from a boat

The party was a perfect kick of the Ultra Music Festival and was broadcast in high definition audio.

Our portable LIVE STUDIO.
A couple of for firing jingles.
Our beloved SM7’s
and around 70 MILLION SIM CARDS.