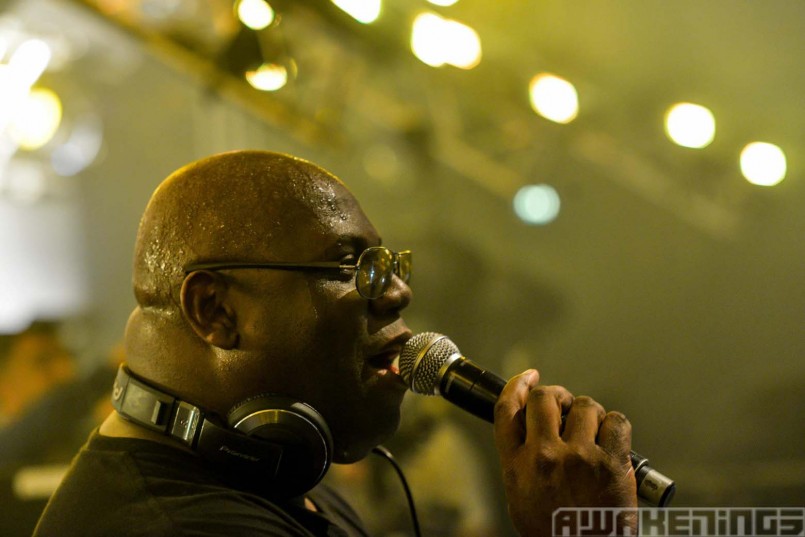 The 500th radio show of legendary DJ Carl Cox, live from the Gashouder in Amsterdam.

G-Productions was responsible for all live audio,production of the radioshow and worldwide distribution.

De Gashouder is a well known acoustic nightmare. Due to it’s steel structure and round shape it not only looks like a can of tuna, it sounds like one too. For the visitors this creates a raw kind of industrial sounding set. To make sure that the radio-listeners could experience this level of rawness as well we placed a few ambient-microphones on some of the steel beams. This produced exactly the sound we were looking for. You can listen to some audiosamples . Now as any visitor of this venue can confirm when the night is thickening so is the condense that’s forming on the ceiling of the structure. In time creating a very localized indoor shower, also known as the westergaster-rain, we had to protect our mics from that as well.

Carl Cox’s Global 500 was a very important on-location live show for them and teaming-up with G-productions was a no-brainer. Seeing as it was a home game for G-productions, the whole was greater than the sum of its parts (or pik in de kut as we say in the Netherlands).

We asked The Radio Department if there was a script of some kind because we were eager to find out how Global500 would unfold. In this case there was none and when asked about this all Carl said was; Nahh, it’ll be fun, we’re gonna have a few people over and have some drinks, we’ll be ok. Now Carl is a funny guy who grabs the microphone mid-set. So we knew he could entertain, but we had no idea of how great the live show would be. The production crew of Gashouder had camera’s positioned throughout the venue and they could be monitored from within the radio booth, making it possible for Carl to comment and experience what was happening on the dancefloor.

Because of the landmark 500th radioshow of Carl There was a documentary where the entire road to the  500th radio show is documented. You get to see what a massive production it was and even get to hear Gijs talk some bad (d’)English.