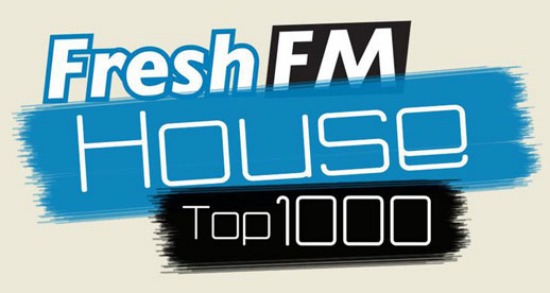 G productions is responsible for all aspects of this 82 hour nonstop live broadcast from the highest point of The Hague, the Haagse Toren.

The Fresh FM House Top 1000 is a yearly reoccurring event and with over one and a half million listeners on Dutch airwaves alone it’s one of the musical highlights of the year for house lovers. The (hard)core DJ-team of The Fresh FM House Top 1000 consists of 7 DJ’s and has various famous dutch radio and club DJ’s hosting as guests. There were guest performances by Wessel van Diepen, (538) Armin v Buuren (ASOT)Giel Beelen (3FM)  an Benno de Goeij to name a few.
The Fresh FM House top 1000 lasts for 4 grueling days, it kicks off on Friday morning at 10 AM and will not stop until Monday evening somewhere around 8 PM.

Initiator and driving force behind the house top 1000 is DJ Peter van Leeuwen, (AKA Coen Bom). He came up with the idea of a House top 1000 a few years back. Even though top 1000’s are a wide spread phenomenon, there was never a chart that focused purely on house music and it’s rich musical history. Fresh FM filled that void. Coen is a house music veteran and a well established entrepreneur. In his spare time he likes to write and is a published author. He also wrote this one: .

To be considered for the house top 1000 a track has to be more than 5 years old and it has to have made its claim to fame in clubs, not on radio. Listeners are asked to make a selection out of roughly 2000 tracks, and every year more than 60 thousand people do just that, creating the playlist of an era.

One of the consistently high ranking tracks and a classic in every sense of the word is ‘Laurent Garniers The man with the red face’. Gijs broke in to Laurent Garnier trailer earlier this year at Ultra Music Festival in Miami. After a few obligatory questions about the evolution of house music in general he asked him about ‘The man with the red face’. Laurent told Gijs he was asked to play at the world famous jazz festival in Montreux. Being a house DJ with solely electrical tracks on his resume, he decided to produce a track just for that occasion. After a gruelling 7 hour studio session with saxophone player, Philippe Nadaud, Laurent was finally satisfied. Struggling to come up with a name for it he looked at Philippe who was blowing his lungs out and had a face redder than a baboon’s butt… hence: The man with the red face.

It is light hearted interviews like this, in combination with great house music and more in-depth reports about EDM that makes the House top 1000 a yearly favorite for every EDM enthusiast.

Gijs tends to get a little emotional from hearing so  many great and memorable tracks: This is what he had to say:”The house top 1000 really is a tribute to house. We talk about music with the most vested names in the industry and often hear amazing stories about the early years of house. It seems the underground parties wouldn’t stop at all.”

Normally our articles are a more in-depth look at the technical part of a production, but in this case it’s all about the music, the chart and the PASSION!
Of course G-Productions provided a fail proof on-air studio on the highest point of Den Haag, of course we managed an uninterrupted show for four days straight…but that’s beside the point.

HOUSE IS A FEELING.  G-Productions: Proud to be official HT1000 supplier.