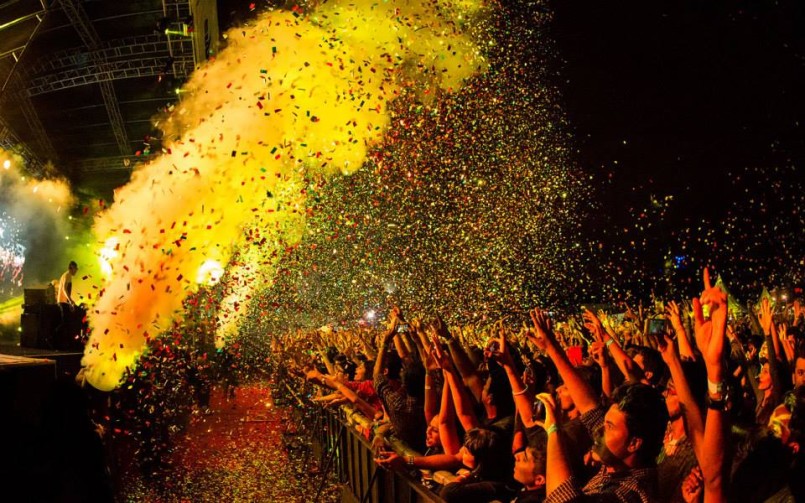 Production of the 450th Trance around the world show/ first Group Therapy radio show In collaboration with Cross Media Ventures
G-productions was responsible for the scripting of the show and building an entire live setup for this memorable event.

G-Productions has done every 50th landmark show for for a couple of years now. Trance Around the World is  one of the most listened to radio shows in the world with over 30 million listeners in more than 35 counties. Every 50th show is an on-location live show, last year we did Trance around the world 400 from Beirut and this year the guys decided to take us to Bangalore. that is being broadcast from an unusual and magnificent venue. Above and Beyond really do go above and beyond to find a special decorum for every one.  A show that comes to mind is one of our recent shows in Bangalore India. G-Productions did some work Above and Beyond in Beirut a year back, as you can read here

The show was a 6 hour live broadcast; the first 4 hours we would listen to Trance Around the World #450 and the last 2 hours  the show was rebranded as Group Therapy #001. This had a lot of consequences for G-Productions  as we were responsible for all scripting of the shows. Now when you have to deal with a name change of a well-known brand such as Trance Around the World during a live show there’s obviously a lot of work that has to be scripted double. Fortunately India is (as we all know) the place to be when you want to organize such a complicated rebranding, live on air.

THE ROAD TO PRODUCTION

We were responsible for the on location radio facilities. One of the disadvantages of broadcasting from a remote location is getting the gear on site. Of course a workaround is to get the equipment from a local promoter who will find it for you locally. We needed a and our friends from could help us out. For voice and multiband processing and other unobtainable items we had to rely on our smuggling skills. Luckily everyone that works at G-Productions is a master smuggler (it’s in the job- description). We were warned by the Dutch embassy that we might run into problems when entering India. But when the local airport security saw the amount of wires sticking out of our bags and our slightly unreadable custom’s list the were quick to say.. thank you come again.

A little known fact about the Indian nightlife is that it start in the afternoon! So after a three day session of 18 working hours it was a nice change that the event finished at 11pm. Due to the event finishing this early we were as fresh as daisies the next morning.  Nobody caught the infamous Dehli belly and because it was a beautiful day playing cricket against the locals with the guys from submerge and Paco , Tony &  Jono was a pretty terrific plan.

Gijs enjoying his game of cricket
Finishing up with a beer, some beautiful memories of India and another great live show.