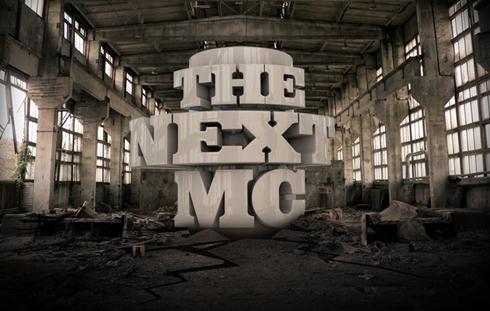 Corrina media group asked us if we could assist them audiowise a in the production of a national television show called The Next MC for BNN .

G-production was responsible for the Technical plot, Audio planning, Frequency planning, and total production of the live shows. Post-production for broadcasting on Nederland 3 was also done by G-Productions
CHALLENGE

is a talent show in seach of…? You guessed it; Holland’s next number 1 MC.

It was the second season for this series, the first one was hosted by , a well-known radio host in the urban scene and this season was hosted by and, a rapper with tons knowledge and lots of street cred. Location was the Dutchview Studio in Amsterdam. A relatively new studio built in 2010 which houses and produces the top 5 television shows in Holland including DWDD, Pauw and Witteman, Hart van Nederland and RTL Boulevard.

Because The Next MC is such a music-rich show, with a wide variety of audio feeds (artists, crowd, DJ, panel members, host etc) it was right up our alley.  Having had some recent experience with production for television on ADE 2013 we were more than happy to not only oversee the live shows, but also post-produce everything for broadcast on national television.

The seach for Holland’s next MC took 6 weeks to film, and had over a 1000 applicants. 100 of whom got through to the . When those were over, the battle was on between the 12 remaining candidates.

While we fancy ourselves quite the rappers at G-productions, we soon found out that just riming words was not gonna cut it. During sound-check we thought we were gaining momentum while the hip-hop beats were playing in the background. For a few hours we even thought about quickly writing some rimes and entering the competition ourselves. That hope soon seemed futile as the first couple of MC grabbed the mic. This wasn’t Sinterklaas baby..

got in contact with us because we had recently worked with them on Tomorroworld, much to our and their delight. In the early stages of preparation we found out that producing a talent show aimed at finding the best Microphone Checker was a bit different than producing a show to find say, the next opera singer. When the production was going well it was KEIHARD. When the technical plot was as desired it was KEIHARD and the frequency planning? KEIHARD OUWE! boks

Because also wanted to broadcast some part of the shows, we added an extra sound engeneer in the room, so they wouldnt blow up the entire sound system, the were KEIHARD For the production of the live shows we had to maintain a delicate balance between local live audio in the Dutchview Studios and the audio intended for post-production. To ensure we would have no audio-interference on national television we were working with a second G-Productions sound engineer.

Because a MC contest has such an oldskool (..yeah with a K) feel to it we decided to use oldskool gear as well. The panel consisted of wel known MC’s who are not only versatile in their rhymes but also in their volume (from a whisper to a hurricane in 0.1 seconds) so we went with the for their feed. We chose a from Shure for the MC’s, a well-known entity in the hip hop scene.

After 7 episodes the local MC Kaascous was chosen as the top MC of the Netherlands. See his finale Big up!

No of viewers NL 3 p/episode

No of Microphones Used

No of Joints smoked by contestants

While these are convenient, they would require you to manually go into each episode and request to be notified or add them to your calendar